OSHA In the News: 4 Articles That Will Make You Question if You're Ready for an Inspection It's tempting to ignore the potential for an OSHA inspection. Unfortunately, this can mean putting off the necessary steps until it's too late. Keeping in the loop on OSHA news is one easy way to stay motivated in keeping your organization prepared. Below are some news highlights from the past week on OSHA fines, incompliance and new regulations.

"The OSHA rules covering safe work practices for the electric utility industry have been updated. CFR 1910.269 and 1926.960—which were in the revision process for many years—are now complete, and employers are required to provide workers with flame-resistant clothing."

The alleged OSHA safety violations were found during a January 2014 inspection that is part of an OSHA effort to focus on workplaces with high rates of injuries and illness. The inspection found three repeat violations that had been discovered by OSHA during inspections in 2011 and 2013."

"Tonawanda Coke has reached a settlement with the Occupational Safety and Health Administration that reduces fines resulting from an explosion in January that injured three workers.

The plant was initially fined $161,000 by OSHA after inspectors found the blast was a result of safety protocols that went ignored by plant management. That fine has been reduced to $115,370. In exchange, Tonawanda Coke has agreed it will install safety equipment that goes beyond the scope of what OSHA investigators mandated in the wake of the blast, WIVB-TV reported."

"The Occupational Safety and Health Administration has fined Brookdale University Hospital and Medical Center, a 790-bed hospital in New York, $78,000 over dozens of incidents in which patients and visitors assaulted employees. One of the most egregious events left a nurse with severe brain injuries." 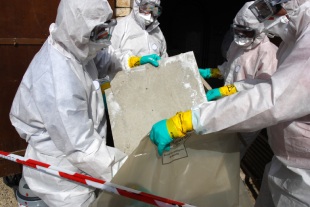