EHS History: The Origin of PCBs and Their Impact Today 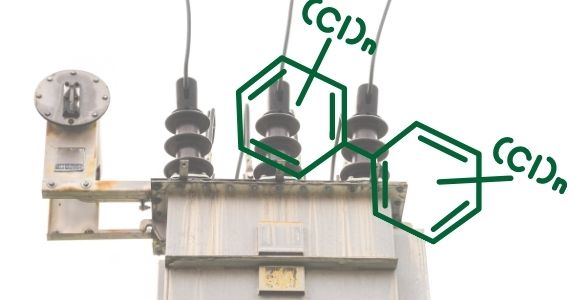 Polychlorinated Biphenyls (or PCBs) are a classification of organic man-made chemicals that includes carbon, hydrogen, and chlorine atoms. Many of a PCB's physical and chemical characteristics are determined by the amount of chlorine atoms present and the location of those chlorine atoms inside a PCB molecule. PCBs, categorized as man-made chlorinated hydrocarbons, have no odor or taste and a viscosity that ranges from fluid, light-colored liquids to waxy yellow or black solids.

PCBs were manufactured in the United States from 1929 until 1979, when they were outlawed after being repeatedly linked to health risks to humans and the environment. Before they were outlawed, PCBs were used in many industrial and commercial processes due to their non-flammability, low reactivity, high boiling point, and electrical insulating characteristics. Some applications with PCB components included:

Where Did PCBs Come From?

The Swann Chemical Corporation, which was later absorbed into Monsanto Chemical Company of St. Louis, Missouri, was the first to manufacture and commercialize PCBs in 1929. After buying Swann Chemical outright in 1935, Monsanto licensed PCBs to other companies, and the man-made chemical quickly became popularized. PCBs are excellent heat conductors; however, they are not electrical conductors and do not burn quickly. As a result, they made efficient insulators for large electrical transformers and capacitors (devices storing electricity). As electricity became more widely used, equipment manufacturers such as General Electric and Westinghouse began relying on the use of PCBs.

The Effect of PCBs on Human Health and the Environment

General Electric discharged approximately 1.3 million pounds of various kinds of PCBs into the Hudson River by between 1947 and 1977 before they were outlawed in the United States in 1979. In December 2000, 122 countries signed the International Treaty on Persistent Organic Pollutants, which designated PCBs as one of the "dirty twelve" chemicals to be phased out globally. However, a lot happened before the phase-out started.

What makes PCBs ideal for industrial use also causes major environmental issues. PCBs are fat-soluble, but they can not dissolve in water. Compounds that are water soluble are expelled, while chemicals that are fat soluble are not. Because of their fat solubility, PCBs can accumulate in animal fat and move up the food chain over time, affecting wildlife and eventually reaching human food supply. A study by Monsanto found that toxins had built up to over 19,000 parts per million in the fat of the animals, according to the company's analysis (at the time, federal standards advised consuming fish with no more than 5 ppm). Despite the fact that the data plainly indicated to elevated PCB levels among the poor and working-class families living near the factory, the business kept the results under wraps.

A lot transpired before the start of the PCB phase-out. Almost from the start of large-scale PCB production and use, there was evidence of the harm caused by PCBs. Chemical workers exposed to PCBs developed chloracne, a severe skin abnormality, and liver disorders. The worry grew in the late 1950s and early 1960s. It became evident that PCBs may represent a risk not just to employees in chemical factories or other facilities, but also to consumers who are unintentionally exposed to them.

Addressing the Environmental Health and Safety Risks of PCBs

In 1969, Monsanto, the only manufacturer of PCBs, couldn't ignore the negative impacts any longer. That August, the company formed a committee of five Monsanto executives to manage both the ecological and public health issues as well as the public relations crisis that the company saw unfolding as more investigators, politicians, and lawyers pointed to Monsanto as the source of this global pollutant. The committee reported;

“There is little probability that any action that can be taken will prevent the growing incrimination of specific (PCBs) as nearly global environmental contaminants leading to contamination of human food . . . Secondly, the committee believes that there is no practical course of action that can so effectively police the uses of these products as to prevent completely some environmental contamination. There are, however, a number of actions which must be undertaken in order to prolong the manufacture, sale and use of these particular (PCBs)” – (Monsanto PCB Committee, 1969).

The United States established an Interdepartmental Task Force on PCBs in 1971. The task team delivered a report in May 1972, titled “Polychlorinated Biphenyls and the Environment,” which stated that:

By 1972, Monsanto had voluntarily ceased the sales of PCBs for all uses except in enclosed electrical applications. In 1976, concerns about PCB toxicity and chemical stability in the environment prompted the US Congress to pass the Toxic Substances Control Act, which prohibited domestic manufacture of PCBs beginning January 1, 1978. Finally, on April 19, 1979, the Environmental Protection Agency announced a five-year plan to almost completely discontinue all uses of PCBs.

By the time Monsanto stopped producing PCBs, it was estimated that 150 million pounds had already been released into the environment, 290 million pounds were in landfills, and at least 10 million pounds were discharged annually through vapors, leaks, and spills. Today, these hazardous contaminants can still be found in our bodies, buildings, water, air, food sources, and in wildlife and plants across the world. Modern chemical manufacturers now have the resources for complete testing and research, as well as environmental health and safety (EHS) plans and operations to prevent the release of harmful chemicals into the environment. Find out how we help these companies below. 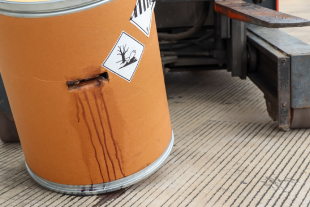 Hazardous
A Chemical Event Just Occurred: What Next? 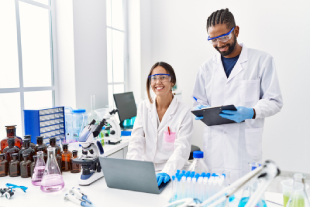